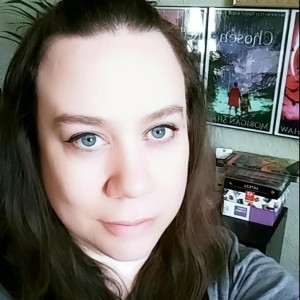 Book Reviews with Alex:  A Tip for the Hangman by Allison Epstein

Today, I am reviewing  A Tip for the Hangman by Allison Epstein

This is what Amazon said:

England, 1585. In Kit Marlowe’s last year at Cambridge, he receives an unexpected visitor: Queen Elizabeth’s spymaster, who has come with an unorthodox career opportunity. Her Majesty’s spies are in need of new recruits, and Kit’s flexible moral compass has drawn their attention. Kit, a scholarship student without money or prospects, accepts the offer, and after his training the game is on. Kit is dispatched to the chilly manor where Mary, Queen of Scots is under house arrest, to act as a servant in her household and keep his ear to the ground for a Catholic plot to put Mary on the throne.

While observing Mary, Kit learns more than he bargained for. The ripple effects of his service to the Crown are far-reaching and leave Kit a changed man. But there are benefits as well. The salary he earns through his spywork allows him to mount his first play, and over the following years, he becomes the toast of London’s raucous theater scene. But when Kit finds himself reluctantly drawn back into the uncertain world of espionage, conspiracy, and high treason, he realizes everything he’s worked so hard to attain–including the trust of the man he loves–could vanish before his very eyes.

Pairing modern language with period detail, Allison Epstein brings Elizabeth’s privy council, Marlowe’s lovable theater troupe, and the squalor of sixteenth-century London to vivid, teeming life as Kit wends his way behind the scenes of some of Tudor history’s most memorable moments. At the center of the action is Kit himself–an irrepressible, irreverent force of nature. Thrillingly written, full of poetry and danger, A Tip for the Hangman brings an unforgettable protagonist to new life, and makes a centuries-old story feel utterly contemporary.

This is what I think.

I loved this book. I couldn’t read it fast enough, so I also got the audible version.  Folding laundry be damned.

A Tip for the Hangman by Allison Epstein has taken historical fiction to a new level, a level which includes mystery, suspense, intrigue, espionage, intricate plots, and fascinating characters. I could not put this book down. It’s said that a good book makes you want to live in the story. A great book gives you no choice.  From the first page, I was literally yanked into the book.

Allison Epstein geniusly wove real life events with an alternate artistic flair that makes you think, “It could have happened that way.”

This book takes you into the parts of Elizabethan London that we rarely get to read about. Those below the royals but successful in what they do.  It was fun to hang out in taverns as the author brought the sights and smells to life with her words.

I am such a sucker for the Tudor and Elizabethan eras and characters like Christopher Marlowe (Kit), Mary Stuart, and William Cecil, as well as events such as the Babington Plot and the Executions of Mary, Queen of Scots that I knew I was going to love this book just by reading its description. The love story between Kit and Tom is so sweet and so pure that you just kind of want to go out and buy them a place setting.

I don’t want to spoil the ending, so I’ll shut up now, but  Oh My God, this is one to read.

I give this one five stars.

Run, don’t walk to your nearest bookstore and read this book.